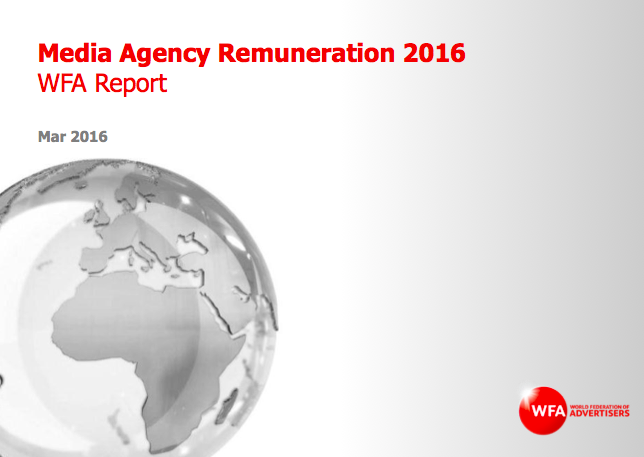 The aim of this research is to build a picture into how multinational companies structure media planning and buying services and remunerate media agencies for offline and online media, including programmatic.

The WFA surveyed members of the MEDIAFORUM on the subject of media agency remuneration in Q4 2015 and received 41 responses across 15 different industry sectors. Total global media spend of all respondents equates to in excess of $35bn.